This time Jay Leno shows us something that is close to his heart. We all know that he has a special place in his heart that is just for steam power. He has a whole collection of vehicles that are more like classic trains than modern cars and one of those vehicles is this 1906 Stanley Steamer which seems to be his favorite. The Stanley suffered a failure in 2007 so Leno and his “steam team” have worked on the vehicle and made it top notch.

The Steamer now wears hydraulic drum brakes (from a Jaguar XK120) instead of manual drums. The team also replaced the acetylene headlights and oil tail lamps with electrical ones. The biggest achievement of all is that they manage to bump up the horsepower. The vehicle is pure awesomeness. 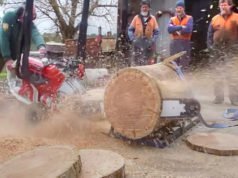 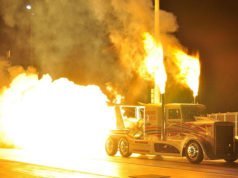 A Weird Way Of Towing A Vehicle – Only in Japan!