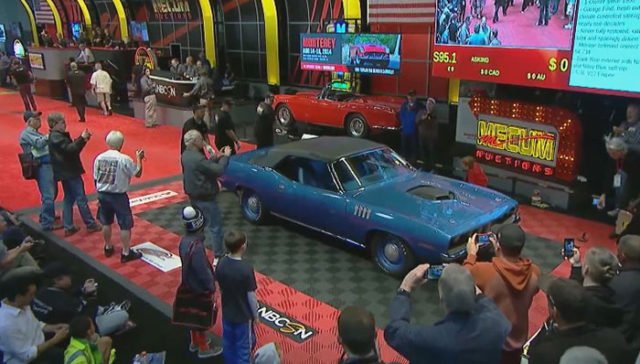 Here is the reason for why the collector car market is absolutely the hottest thing around! We’re used to seeing classic cars sold for millions of dollars but the thing is that they’re usually European. Of course there are some American exceptions who usually wear the name Shelby or Duesenberg but what we have here is the most expensive Chrysler product ever sold at an auction.

The vehicle is one the just eleven made in 1971, specifically, one of the two 4-speed examples delivered in the US and the only one that has its original powering.