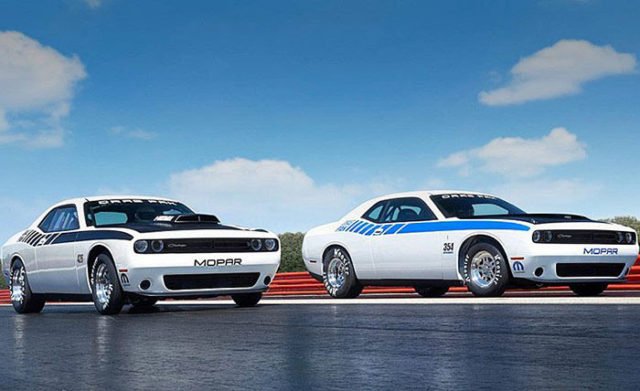 Few months ago Mopar offered 3 Scat Pack Performance Packages, a range of hp and torque kit improvements for the 5.7L HEMI engine powered 2011-2015 Challengers and Chargers. Start with Scat Pack 1 and gain 20 hp and 23 lb.-ft. of torque with a cold air kit, cat-back exhaust and recalibrated power control module.
Move up to a 56 hp and 30 lb.-ft. torque gain with Scat Pack 2, which includes a camshaft, valve springs, tie bar kit, heavy-duty push rods and an upper and lower gasket set.

Scat Pack 3 raises your gain to 75 hp and 44 lb.-ft. of torque with new CNC-ported high-flow cylinder heads, gasket set, 6.4 Apache (SRT) exhaust manifolds and catalyst, mounting brackets and hardware.
Everyday speed fanatics will be pleased, but what about race drivers?

Mopar revealed purpose-built, race-ready Mopar package cars – The Dodge Challenger Drag Pak. These are purpose-built race ready cars even though they are made to look like a normal Dodge Challenger, but you may not drive it in everyday traffic.
It’s build for two things : it’s build to go fast and build to win races. In 2008, Mopar revived their package car program launching the first Mopar Dodge Challenger Drag Pak. These days a Challenger Drag Pak more powerful than anything they have had in the past has been revealed. Until now the Mopar car package has not included one thing – a supercharger. Today that changed. The next generation Mopar Challenger Drag Pak will offer to sportsmen racers their first blown package car. To give you some idea of performance that this package offers: the first 60feet of a drag track in slightly over a second, a car that can run the quarter-mile in the eight-second range consistently and a car that can accelerating from 0 to a 150 miles an hour in 320 feet. At the heart of it all is a 354 cubic inch generation 3 Hemi. The engine is based on a cast iron block, an aluminum cylinder head, forged steel crankshaft, custom ground camshaft and a Mopar specific engine calibration.

In addition to this super-charged package, they will continue to offer to sportsmen racers a naturally aspirated package with a 426 cubic inch fire-breathing generation 3 Hemi engine. That engine is built of a Mopar aluminum engine block, aluminum cylinder head, forged steel crankshaft, Mopar camshaft and like its sister supercharged engine a Mopar specific engine calibration. 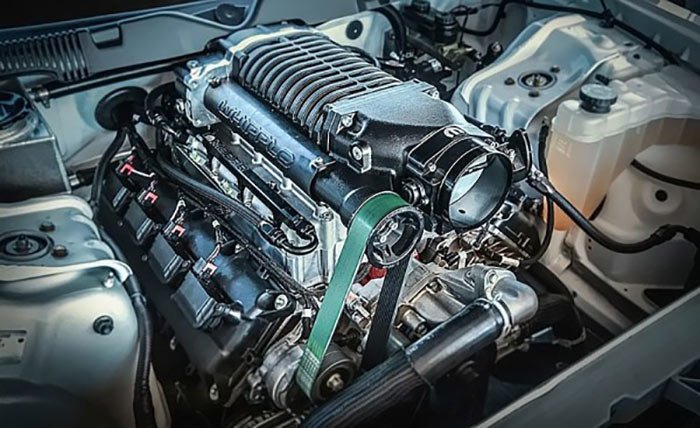 But the Mopar engineers didn’t stop with modifications under the hood. In refining these cars to be all they can be the improvements include a race-specific 3-speed automatic transmission with a Hurst shifter which allows all the horsepower to get to the pavement, a rear axle housing mounting scheme that’s been enhanced so the cars can launch harder and faster, upgraded rear axles to handle the power, redesigned roll cage to NHRA specifications, lightweight racing seats, composite lightweight hood for the 426ci naturally aspirated car…

Differences Between Superchargers and Turbocharges