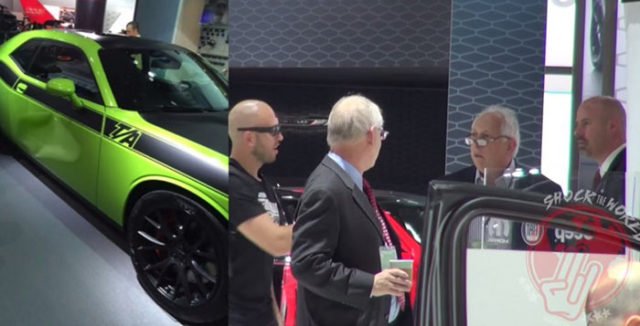 Dennis Roady, a youtube prankster, visited the North American International Auto Show in Detroit. He fooled several officials and auto show models into thinking that their cars have been damaged. He said he used an application called “Dude, Your Car” to edit those fake scratches and dents onto the pictures. He “scratched” a Mercedes-Maybach S600 and Audi R8 and put a fake dent on the Dodge Challenger T/A Concept. He sure knows how to cause mischief at an auto show!