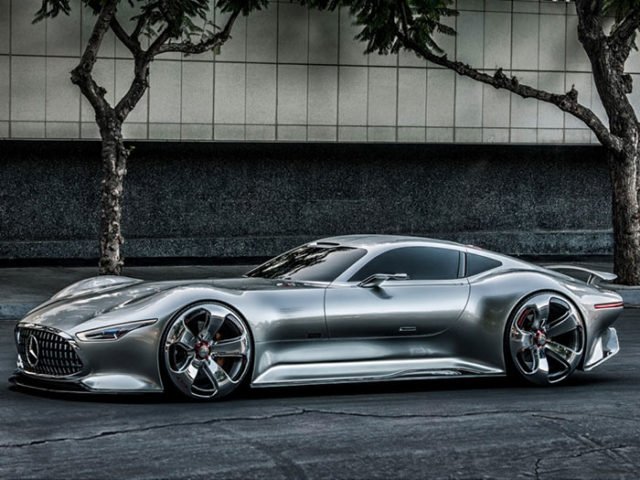 Back in July 2016, Aston Martin and Red Bull Racing unveiled plans to develop a ground-breaking supercar featuring state-of-the-art Formula One-derived technology and a V-12 engine that has “the potency to achieve a 1:1 power-to-weight ratio.” Preview by a prototype showcasing a futuristic, Le Mans-inspired design, the supercar, which is dubbed AM-RB 001, will hit the streets in 2018. Less than two months after Aston Martin’s announcement, rumors claimed that Mercedes-AMG is also working on a Formula One-based supercar. Come September and it seems that the German hypercar is more than just a rumor, being very close to going into production.

According to Automobile, the company’s competitor for the AM-RB 001 will be called the Mercedes-AMG R50 and will make its debut at the 2016 Paris Motor Show in just a few weeks. The same source claims that the supercar was created to celebrate AMG’s 50th anniversary, hence the R50 name.

Much like the AM-RB 001, the R50 will reportedly be packed with Formula One technology, including a hybrid drivetrain derived from the one used in the W05, W06, and W07 single-seaters that have been dominating the sport since 2014. The combo is said to generate as much as 1,300 horsepower and give the 2,900-pound, carbon-fiber vehicle a 1:1 power-to-weight ratio. About 1,000 horses will come from the gasoline-powered engine, while the extra boost will be the word of three electric motors; two at the front wheels and a third in the transmission housing.

Design-wise, the AMG R50 will resemble a Le Mans prototype racer and feature a canopy-like roof, a short front deck, and a long, sloping engine hood. The supercar will also have gullwing doors in a not to the company’s iconic 300SL sports car and C111 and C112 mid-engine concepts. The vehicle will also employ the company’s latest active aerodynamics, with adjustable front flaps, a ground-effect floorpan, and multi-functional rear spoiler. The latter will be able to switch to low-drag mode at high speed to increase cornering stability, as well as act as an air brake. Word has it that the R50 will be able to hit 60 mph in about two seconds, a never-before-seen benchmark for road-legal cars.

This 3000+ HP Hummer Drag Racing on Sand Has Got to be the Craziest...