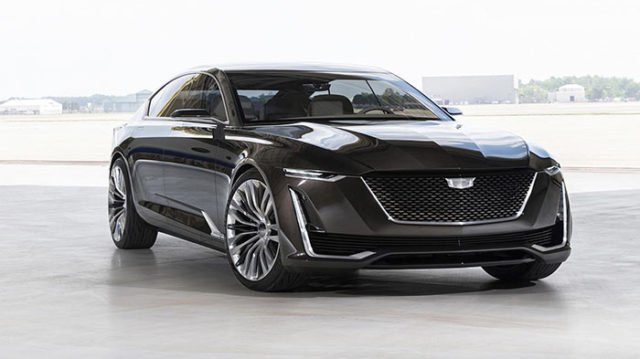 Pebble Beach is more than just a fancy Californian car-based garden party. It’s a celebration of the past, present and future of the motor car. By now you’ve seen the super spenny old timers, and gawped at the hypercars. Well, now you can have a glimpse into the future. Specifically, Cadillac’s future.

This is the Escala, a concept car from Detroit’s second-oldest auto marque shown off to the public at Pebble. It’s a swish four-door luxury saloon that’s six inches longer than the new, Euro-friendly CT6, and previews what the next generation of Caddys will look like.

Powered by a 4.2-litre V8, and using the same multi-material mish-mash weight-saving chassis as the CT6 (split 60/40 between a-loom-inum and steel), the Escala is understated yet sinister. Oh, and very long. The grille and those upright lights are classic Cadillac, but the metallic strips, window surrounds and remarkably thin OLED headlights are a statement of a new sort of class. Plus, those seemingly small 22-inch wheels with two contrasting layers of spokes are very cool. But also go a long way to highlight the vastness of the thing. 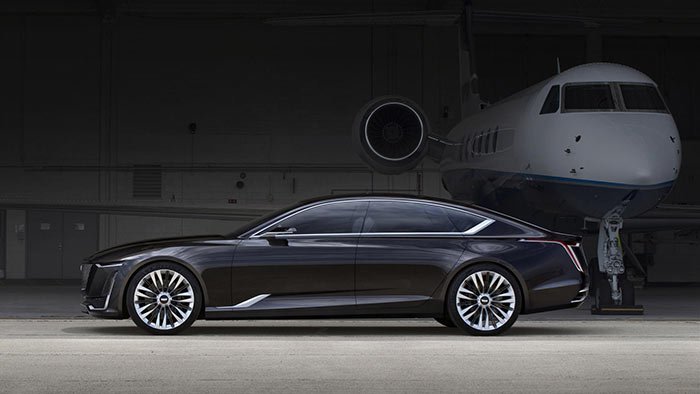 But it’s inside where Cadillac’s designers have really put the effort in. Apparently, Escala is a car you desperately want to drive, but also want to be driven in – a dilemma not easily sorted without magically cloning yourself. Or chopping your body in half. But to save the bloody mess, Caddy’s designers have split the front and rear into two zones. They claim the front is about intensely focused technology, while the rear delivers relaxation.

Overall, the cabin is classy and minimalist. Connectivity is key, with Caddy’s new system featuring a central control module that enables the driver to waggle their fingers around like a wand for gesture controls, as well as voice control. While three curved OLED screens replace traditional dials and dominate the driver’s view.

Tablecloth Chaos – Mythbusters for the Impatient