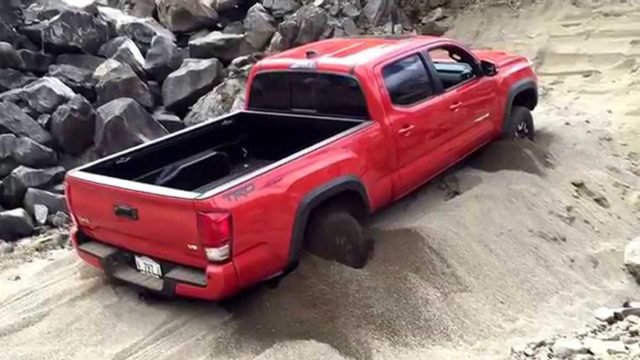 Back in 1995 Toyota introduced a new pickup into the compact class and called it Tacoma and for the next 9 years it did very well in the US market. After 2004 they came out with a new model, second generation vehicle that grew bigger so they had to classify it as a midsize-pickup and it won the prestigious Motor Trend Magazine’s Pickup of the Year award. This one was on the market for 11 years and in 2015 it was time to present the 2016 year model of Tacoma. This one has a feature called “Crawl Control” and is intended to get you out of that sandy trap that you have dug yourself into. The engine, the four-wheel drive system and the complex array of electronics work simultaneously to get the truck out of the whole and it’s very cool, watch the video and see how the system works.