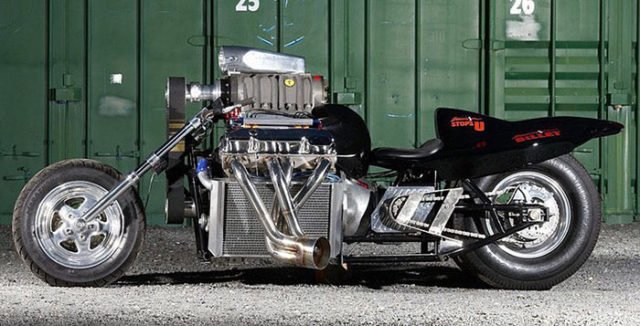 What to do with that spare Mopar big block you’ve got left over from your monster truck project? Why, let’s build a motorcycle!

The unique bike was created in a home garage in Broadway, Worcestershire, UK, at a cost of £40,000. It was spawned from the unusual marriage of convenience and naiveté, says its builder.

Electrician Nick Argyle was searching for a much smaller project after selling the chassis of his monster-truck.
He said: “I didn’t have the same workshop space I had when I built the truck. I only had the house garage so it had to be a bike. I was going to buy a new engine for the project but my wife told me to use the one that was still in the garage – the monster-truck engine! Despite its size, I thought ‘Why not?’” 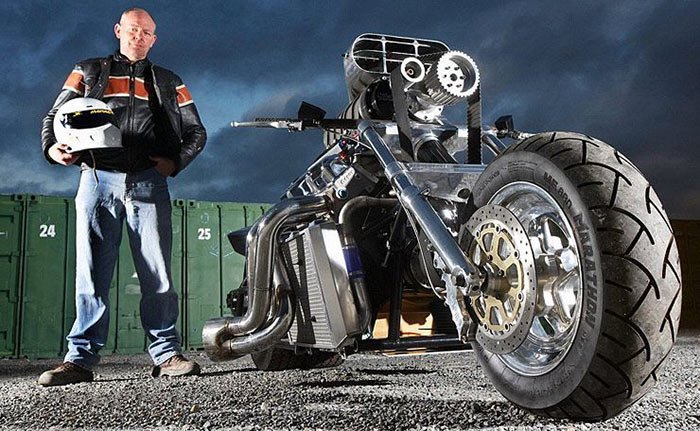 At the heart of the road-legal machine is an 8.2-litre, supercharged V8 monster-truck engine that develops 1200HP. The bike runs on pure alcohol and with a fuel consumption rate of 4 miles to the gallon it has a monster appetite too.
The monster weighs in at 450kg with a super-long wheelbase to prevent it flipping backwards under hard acceleration, but even then, power-to-weight ratio is twice that of, say, a GSX-R1000 or ZX-10R.
The bike can reach 0 to 60 mph in 2 seconds and can travel at 220mph, which is why if you ever meet Mr. Argyle at a stoplight, you probably shouldn’t try to race him down the street. Rapom V8 kicks out 1200 horse power at max boost from the supercharger and will truly reach its full potential on a drag strip like Santa Pod raceway. 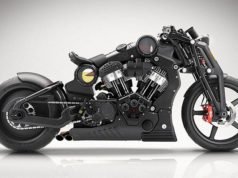 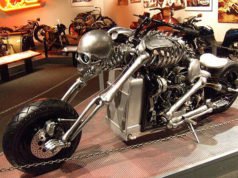 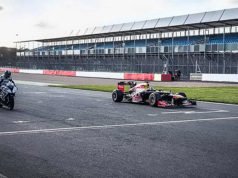 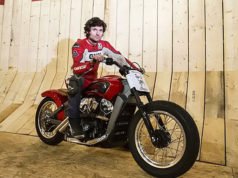 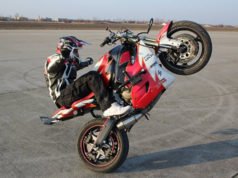